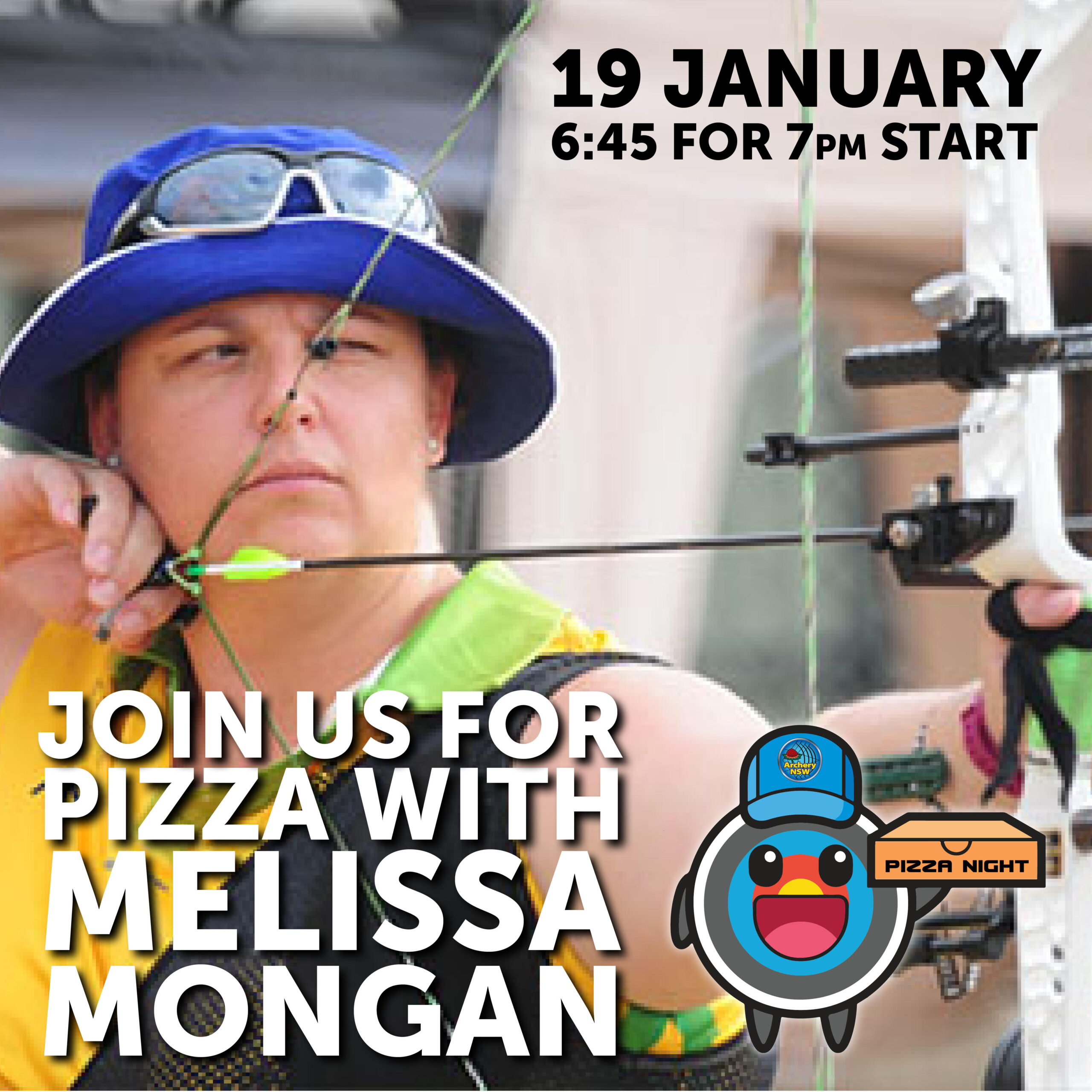 Hosted by Archery NSW
REGISTER NOW: https://tinyurl.com/2p87dmap
We are absolutely delighted to announce that we have Melissa Mongan joining us for Youth Pizza Night on Wednesday 19 January 2021.
Melissa competed at both the Sydney 2000 and Athens 2004 Olympic Games in archery. In 1999. She became the first junior recurve athlete in Australia to obtain a 1300 FITA star in a FITA recognised shoot. She was also the first junior Australian archer to win three national titles within 12 months from January 1999 to January 2000. At the Sydney 2000 Games, Melissa placed 19th in the individual and ninth in the teams event. Four years later in Athens, she equalled her individual placing from Sydney and came 11th in the teams event.
Melissa is a teacher by profession and also sits on the Board of Archery Australia.
Melissa will give us a talk about her journey in archery, followed by a Q&A session.
Pizza nights are also a chance to catch up with friends and make some new friends too. We have a meet and greet, guest speaker, Q&A and a quiz! They are fun nights.
Archery NSW has been running virtual pizza nights for several months now and they have been a hit. At the request of my counterpart in South Australia, South Australia youths will join us!
This event is FREE to youth archers. So join us on the night. This is an unmissable event!

Date: Wednesday, 19 January 2022
Time: 6:45pm for a 7:00pm start
Location: ZOOM online meeting, make sure you download zoom to your computer in advance. I will email you the link to the meeting a few days prior to the event. This event is for registered youth archers only.
Wear: Your club shirt/state shirt or favourite archery shirt
Bring: Your favourite pizza!
Entry: FREE! But for this Pizza Night,
You must register: https://tinyurl.com/2p87dmap
+ Google Calendar+ iCal Export