With the COVID-19 pandemic turning the world upside down this year, so to were archery competitions across NSW. Once cases started to drop and restrictions eased, we were thrilled to able to host competitions again, even if only remotely.

Our 2020 Metropolitan Championships, were not as we planned but every bit as successful as previous years. The event was hosted remotely over the weekend of 29-30 August and was the first competition for many archers after months of forced hiatus. 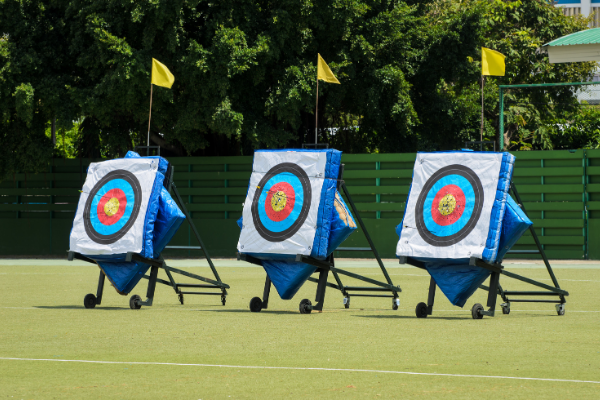 Result One relates to the results based on the wording in the Entry Form for the 2020 Metropolitan Postal.

The information required clubs to nominate a team/s of three people. Each team must include at least one female.

Result Two relates to the Metropolitan Perpetual Trophy which is awarded annually. The guidelines related to the awarding of this trophy differs from the information provided on the entry information.

Metropolitan Perpetual Team Trophy does not require clubs to nomination a team, but team are created from the highest three scores shot by a club (Recurve or Compound) during the tournament. Again, there must be at least one female in the team.

These results differ to the results in Archers Diary, why is this the case?

It was identified that a number people had Classifications/Ratings that was greater than the division they entered. Subsequently their Division has been changed.

Following the direction of the ASNSW COM the following rule applies. A person in a division having shot a score in their division where the score would allow them to also place in a higher division, they would be legible for medals in both divisions.

Yes, this could mean a person in Div. 3 who shoot a score that would also obtain a medal place in Div. 2 and maybe Div.1 would win medals in each division. This has happened many times in the past.

While COVID-19 restrictions are easing across NSW, our archery clubs are not back to normal just yet. Please contact the clubs for more information on their restrictions.