On Saturday Night. Archery NSW celebrated the achievements of it's archery community at the 2019 Presentation Night.

We had some very strong performances in 2019 and it was a privilege to be able to honour the hard work and effort of our archers. 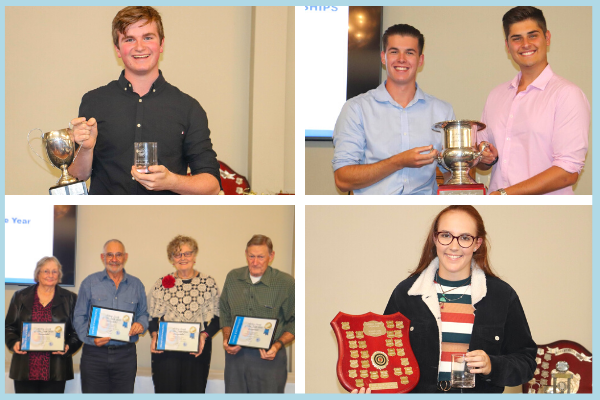 See the full results from the Presentation Night below:

Teams Event – made up of 3 archers all shooting the same equipment, one of which must be a female.

Lorraine Cook was a member of Illawarra Archers who died after an illness. This trophy is awarded to the most improved archer regardless of age. Clubs are asked to nominate archers according to set criteria on the “Deed of Gift”. This trophy was first presented in 1989.

Janet Wilks was a member of Ku-ring-gai Bowmen. Legend had it that she loved to shoot clout. Janet worked as a nurse at Royal North Shore Hospital. The trophy is awarded to the Veteran of the Year and was first presented in 1994 by her family shortly after her death.

Perpetual Trophy for Outright winners awarded to the archer who has obtained the highest score in the following disciplines regardless of age.

Trophy presented by the Bridges family in 2009 to honour the memory of Tony Marturano a Paralympian. Tony was also a coach and he competed in numerous tournaments until his death in early 2009.

Grace, along with husband Laurie were founders of the sport of archery in NSW. They set up the NSW Archery Society which in 1946 became known as Sydney Bowmen. In 1948 Grace and her husband formed ArcheryNSW.

She was the first National Women’s Champion in both Field and Target at the inaugural championships held in Sydney in 1948.

The perpetual shield was first awarded to the Junior Girl Recurve Target Champion in 1997 to commemorate Grace’s contribution to archery.

Perpetual Trophy for Outright winners awarded to the archer who has obtained the highest score in the following disciplines in the Senior Competition.

The Presidents Cup was first awarded in 1997 by then President, Robert Armstrong.

The trophy was to encourage clubs to participate in the state target championships and is awarded for the highest aggregate score of all registered members with a single club of ASNSW at the State Target Championships, this includes Open / Junior & Veteran events

This awards is “Judges Thank You Service Award”, clubs are invited to vote for one Judge only. The winner is the Judge with the highest number of votes

This trophy is awarded for the highest aggregate score of Target, Field, Clout and Indoor.
Winner: Kevin Girard (PCA)

This the first time, Archery NSW has awarded this award.

This trophy is awarded for the highest aggregate score of Target, Field, Clout and Indoor.

Troy Adams was a junior member of Penrith City Archers.

Troy was tragically killed in a car accident in 1985 on his way to a tournament. During his brief archery career he was a state representative, state team captain and Australian representative. The trophies were awarded to the Overall State Champion Junior Boy & Girl Compound in 1985 by the NSW junior archers in memory of Troy.

Arthur Chapman owned a sports store in Rockdale in the 1950’s and 60’s and was a major supplier of archery equipment. His son Gary was a swimmer who won a bronze medal at the Melbourne Olympics in 1956. The trophy was first awarded in 1962 to the Best All-round Intermediate Recurve Archer.

This award is given to the highest aggregate scores for Junior archers i.e. cubs vs under 20

All presented by CCS Pty Limited, owned by Malcolm Fear.

Malcolm and his son Jackson participated in archery for many years. Jackson broke many Australian records and in 1994 scored a perfect Australian Indoor. In 1996 he was Junior World Champion and broke an Olympic record in the Teams Matchplay at Atlanta. Malcolm died tragically in 2005 and Jackson one year later.

Ross Herron was a founding member of the Archery Society of NSW. Every time a club member places within a NSW competition, as per AA rules – points are awarded to Clubs. This award goes to the club with the highest score. 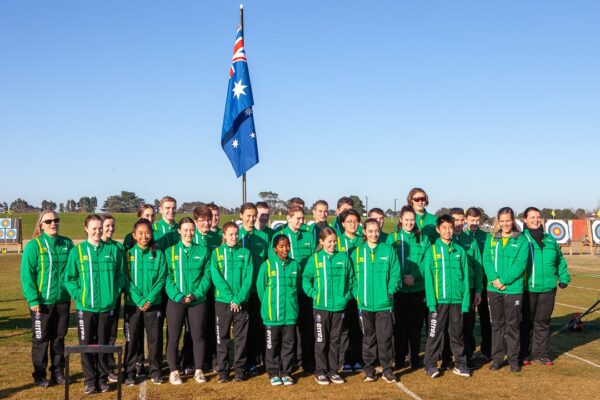 Team Australia was warmly welcomed by the kiwis. Overall the weather conditions during Trans-Tasman were cold and windy with rain making the competition extremely challenging. Nevertheless, our team members were great at handling the conditions and never gave up. They just gave their very best.

We enjoyed the friendliness and hospitality of the host. Many new friendships were established from this tournament. 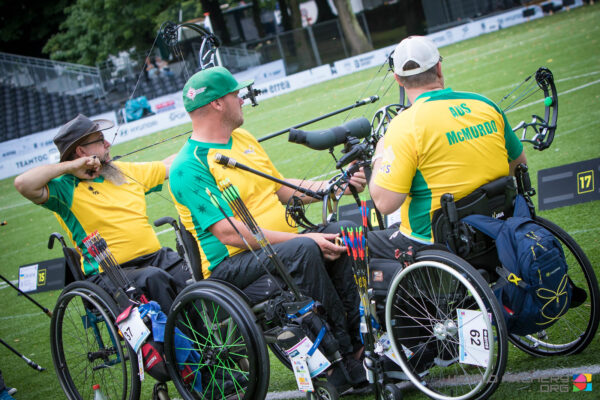 Results: Jonathon managed to secure Australia a spot for the 2020 Paralympics during this competition. 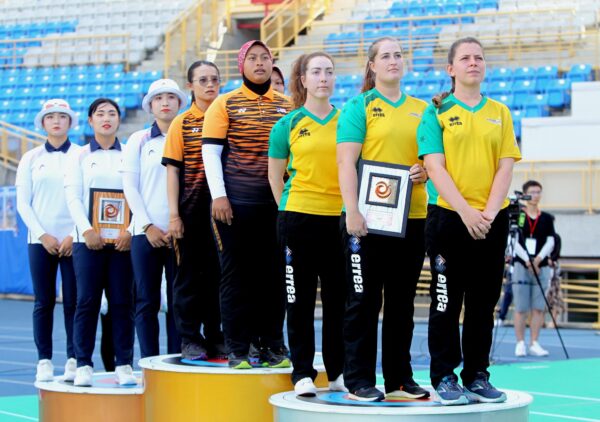 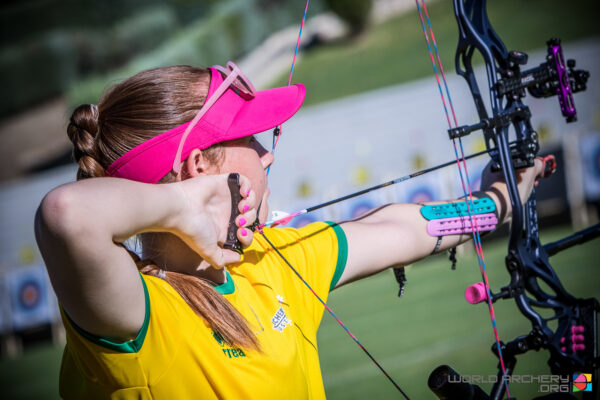 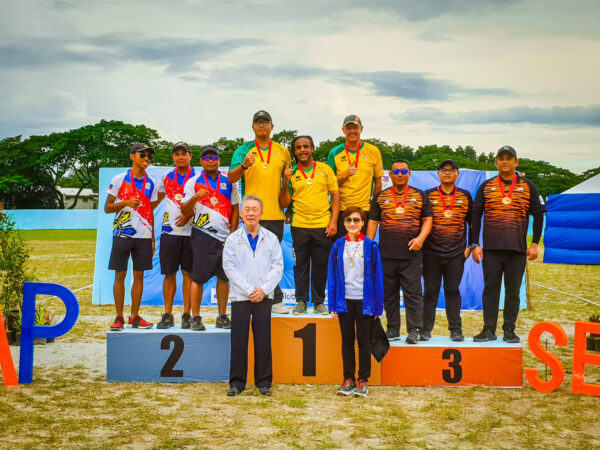 Results: Compound Men’s Team (David, Hassy along with Jersey Liu from Victoria) won the gold medal in the teams event. A fantastic and historical achievement.

As an Olympic year, we have many archers training hard to earn a spot on the Australian Olympic Team. For many, this is years and years of training.

For those that don’t know, Australia has to win quota spots for the Olympics. The person who wins the spot is not always selected to then represent Australia at the Olympics.

We would now like to acknowledge the archers who shot scores nomination scores to potential make the  Olympics and Paralympics later this year in Tokyo.

We would like to wish all of these archers the best of luck over the next few months. Ricci Cheah, National Para Archery Head Coach has a tough few months ahead of him as well, best of luck.

The Archery NSW Grand Prix Series was a big success in 2019. Archery NSW’s aim was to expose archers of all divisions to match play to prepare them for National and International tournaments. Thank you to all clubs who hosted events across 2019, you are really helping improve the quality of our archers.